Researchers from Georgetown University and Rochester University (NY) recently published the results of a study that may significantly impact a doctor’s ability to foresee oncoming Alzheimer’s Disease.

Scientists tracked 525 healthy adults aged 70 years and older for five years; 74 of these participants were diagnosed with mild cognitive impairment or mild Alzheimer’s over the course of that five-year span. After intensive testing, scientists discovered that the subjects who developed Alzheimer’s symptoms had a markedly lower level of 10 specific lipids in their bloodstreams compared to other participants. A follow-up study showed that these lipid levels tended to decline as many as three years before Alzheimer’s symptoms manifest. As a result, scientists confirmed that they could predict the onset of the disease earlier than ever and with 90% accuracy. 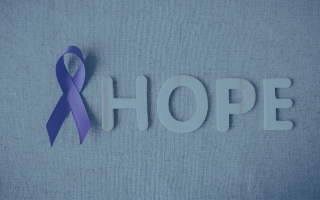 Before doctors can begin regularly administering these blood tests, researchers say that there must be more long-term studies conducted on a greater number of people. However, blood testing would prove to be more effective, less expensive, and less invasive than older testing methods if the study’s results hold up. Scientifically, this is a promising step toward improving treatment and ultimately curing a disease that affects numerous Americans.

On an individual level, early knowledge of impending Alzheimer’s symptoms will grant patients and their families the time needed to plan ahead for medical care and ensure that assets will be properly administered. Whether the process involves drafting a Will, establishing a Health Care Directive, granting Powers of Attorney, or applying for medical assistance, taking the opportunity to visit with an elder law attorney over these matters as soon as possible will make a challenging time easier for patients and for their families.

Information for this article provided by:

Dennis Thompson, Scientists who tested seniors say the results detected almost all of those who would develop problems, HealthDay News (March 9, 2014), www.webmd.com/alzheimers /news/20140309/simple-blood-test-may-have-power-to-predict-dementia-risk.