The Story of Kris Maser

The Story of Kris Maser 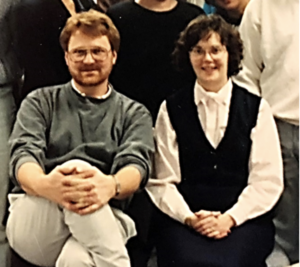 In September of 1984 after a grueling, but eventful day guiding a family who was struggling to help their grandparents adjust and plan for their long-term needs, Kris Maser and Luther Amundson had a life changing phone call.  By Midnight, on that long-distance call, Kris and Luther decided they should start a law firm devoted primarily to helping families address long-term needs.

A month later, in October of 1984, Kris and Luther, along with a part-time secretary, Kris’ mother who typed the bills and Kris’ father who balanced the checkbook, opened the doors of Maser & Amundson.

With the passage of the Medicare Catastrophic Care Act in 1988 the elder law practice area was created, and Kris would prove to be a trail blazer in her chosen practice area and life’s passion. 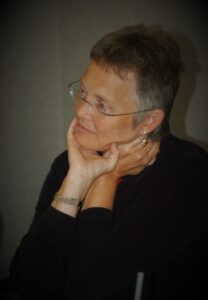 In 1990, Randy Boggio had just started practicing elder law with the law firm of Garvey & Mathison when he met Kris Maser.  Kris’ reputation preceded her, she was a force of nature when it came to guardianship and conservatorship proceedings in Hennepin and Ramsey Counties.  By 1991 (Kris, Randy, Frances Long and Stuart Schmitz) established the “Gang of Four”; a self-named group of four attorneys who formed a study group focusing specifically on elder law.

Boggio says of Maser; “Kris’ approach to elder law and her clients is a combination of stereotypic straightforward German reasoning with heavy doses of empathy and caring. She has always been able to cut to the crux of an issue or problem in short order. The solution always encompasses what is best for her client.”

“I could not be prouder than to have been partners with Kris for the past seven years. Since the beginning she has been on the front lines advocating for change and for the rights of individuals and their families faced with the necessity of long-term care. Kris’ legacy and influence on the practice of elder law in Minnesota will last well into the future.”

A merger with Garvey, Boggio & Hendricks in 2013 would eventually form the firm known today as Maser, Amundson & Boggio, P.A..

In addition to her law practice, Kris was one of the founders of MAGIC (a Minnesota Association established for guardians and conservators) and helped to write the first conservatorship and guardianship statutes.

Throughout her career Kris kept a foot hold in academia and taught as an adjunct professor at William Mitchell. Kris also teaches in the community and shares her knowledge as a presenter/speaker for professional organizations in Minnesota and around the country.

Kris has served on numerous boards, among them the Minnesota Parkinson’s Association where she was one of the original board members, and President for many years.

In the legal community Kris has been recognized by and received awards from the Minnesota Bar Association and University of Minnesota Alumni Association, and has been featured in the William Mitchell College of Law magazine, as well as, being selected as a Minnesota Super Lawyer for 25 years.

Kris has made a strong bond with her peers, the community, the many charitable organizations she belongs to, the students she has taught and all the people for whom she has been known as a mentor.

For over 38 years Kris L. Maser has given her time and care to her practice, the community, and philanthropic endeavors.  For 36 of those year Kris has been a cornerstone of the firm and now, she has made the decision to turn a page and will be retiring from the firm on January 1, 2021.

Current circumstance will not allow an in person send off, however, there will be a celebration of Kris in the spring.  In the meantime, take a moment to wish Kris the very best as she opens a new and exciting chapter which is sure to include travel, enjoying family, actively pursuing volunteer opportunities.